The apartheid era in South Africa saw Nigeria as one of the foremost supporters of anti-apartheid movements, including the African National Congress. It is on record that Nigeria spent well over US$1billion in fighting apartheid in South Africa. Nigeria has since been in the fore front in peace keeping operations in South Africa and other African countries with devastating effect on her human and material resources. The Nigerian government issued more than 300 passports to South Africans seeking to travel abroad during the apartheid era.  Sunny Okosun, the late popular Nigerian musician, wrote the hit song “Fire in Soweto” in 1977 to commemorate the 1976 Soweto uprising against apartheid in South Africa. He waxed others for our brothers and sisters in Southern Africa: “Which Way Nigeria”, “Papa’s land”, “No More Wars”, “Tire Ni Oluwa”, etc.

In fact, all Nigeria’s Civil Servants and public officers made a 2% donation from their monthly salary to the Southern Africa Relief Fund (SAFR). These donations were widely known in Nigeria then as the “Mandela tax.” Nigeria even boycotted the 1976 Olympics and Commonwealth games in 1979 to protest against this hideous apartheid system.

The Nigerian government and her people contributed over $10.5m to the SARF. These included students. In 1960, the Nigerian government set up the National Committee Against Apartheid (NACAP). It provided about $5 million to the African National Congress (ANC) and the Pan Africanist Congress (PAC) annually. Nigeria later founded the SAFR in 1976 to enable her bring relief materials to Apartheid victims.

When apartheid eventually ended in 1994, several South African businesses sought for Nigerian professionals to immigrate and help build their battered economy. Over 24,000 Nigerians are estimated to be currently living in South Africa. Much of South Africa’s good will towards Nigerians for supporting the ANC during apartheid suddenly disappeared due to wrong perception by most South Africans as a result of activities of some Nigerian organized crime in their land. Truth be told, many Nigerians have engaged in criminal activities. But, this can never be justification for taking it out on all Nigerians, most of whom are innocent, clean and hardworking.

“Xenophobia” is a singular term used to describe the irrational fear developed against foreign elements, which manifests in hatred, discrimination and violence against such foreign elements. The recent horrific and agonizing wave of xenophobia which has swept through South Africa is mostly directed at Nigerians. The tragedy of Elizabeth Ndubuisi-Chukwu marked the commencement of a reign terror against Nigeria. She was murdered in cold blood through xenophobia anger, and strangled in a hotel room in Johannesburg. Elizabeth’s only crime was being a Nigerian, a non-South African. Till date, the culprits are still walking freely on the streets of South Africa. Businesses of non-nationals, especially Nigerians, have been vandalized, looted and burnt in areas around Johannesburg, including the Central Business District and the township of Alexandra. The glaring failure of the government of South African to deal with the rampaging blood-thirsty crowds is seen by many as a tacit endorsement of the advocacy.

South Africans have been attacking foreign nationals, particularly Nigerians, whom they scapegoat as the reason for rising rate of crime in their society and diminishing jobs and social benefits. One wonders how Nelson Mandela would be feeling in his cold desolate grave. His idea of a truly democratic and free South Africa anchored on a society where all persons live together in harmony with equal opportunities, is furlong and distant.

The increasing competition between the two countries for positions at multilateral organizations across the globe appear to have worsened relations between Nigeria and South Africa. Nigeria has been championing the course of South Africa without corresponding benefits to her national interest. Nigeria’s foreign policy should be “Nigeria! Nigeria!! Nigeria!!! No more, no less.

As we speak, Nigerians are being cheaply maimed in large number. Our government cannot forestall same.  Many have been killed. By way of mutual retaliations, some South African brands and interests are currently facing attacks as their shops are being closed in fellow African nations such as Nigeria and Zambia. More worrisome is that just between 2000 and March 2008, at least 67 people died in South Africa in identified xenophobic attacks. In May, 2008, a series of attacks motivated by xenophobia left 62 people dead. In 2015, another nationwide spike in xenophobic attacks against immigrants in general prompted a number of foreign governments to begin repatriating their citizens.

The Nigerian Government led by President Muhammadu Buhari has been virtually helpless about these gruesome and unprovoked killings, looting, and arson of properties belonging to Nigerians. Most Nigerians were shocked by the irrational action of authorities at the Nigerian Embassy in South Africa, when they locked the gates against our compatriots in the face of bloody attacks. This left them to the cruelty and savagery of their assailants.

A report credited to the CEO of Nigerians in Diaspora Commission, Abike Dabiri, said as at 2016, a total of 118 Nigerians had been killed extra-judicially in South Africa, while an additional 88 had been killed since then. These orgies of violence against Nigerians have been continuous because the Nigerian government has been too weak in defending Nigerians and Nigerian interest. The glaring failure of government to run an economy that provides jobs and reduces poverty has also greatly contributed to the mass exodus of Nigerians abroad where they are faced with human carnage. Some drown in the sea. Others die in deserts. All to escape hunger, thirst and poverty. If our government were to be alive to its responsibilities, the government of South Africa would have been made to pay heavy and deterrent compensation and make restitution for the killings of Nigerians, This would have awaken the South African government to their responsibility to protect the lives and properties of Nigerians and other Africans in that country.

“There are many people who feel that it is useless and futile to continue talking about peace and non-violence against a government whose only reply is savage attacks on an unarmed and defenseless people.” (Nelson Mandela).

More in this category: « Terrorism And Terrorists Everywhere - Lasisi Olagunju Back to the treasonably felonious formula - Wole SOYINKA  » 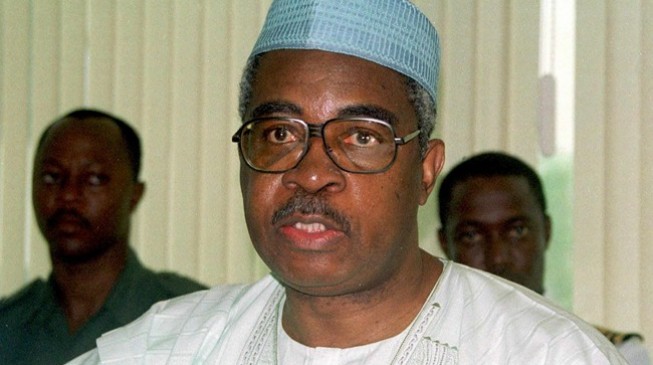