The move against out-of-schoolchildren (Almajiri) in the North gained more support on Wednesday with two governors – Nasir El-Rufai (Kaduna) and Abdullahi Sule (Nasarawa) joining the crusade.

Governor El-Rufai spoke of his plan to present a memo to his northern colleagues on practical steps to address the menace.

El-Rufai spoke through his Commissioner for Human Services and Social Development, Hajiya Hafsat Baba, during a meeting with stakeholders on how to tackle the Almajiri problem in his state.

According to the commissioner, the El-Rufai  administration had the political will to address the issue but it required the cooperation of other states to prevent inter-state movement of the kids.

She frowned at parents who push their children to the streets to beg under the guise of Almajiri model of education, saying, the law banning street begging and hawking in Kaduna State would be implemented as a measure to check the development.

Hajiya Baba warned parents to be alive to their responsibility refrain from sending their children and wards to the streets in them under the guise of Quranic education in a far distance.

“Whether we like it or not, this is our issue and we must find a way of addressing it,” she said, giving an instance of the type of treatment meted to such children.

She said: “It is unfortunate that we recorded over 600 cases of child violation with a good number of them are male children in 2019 alone. The governor now has a committee in place to see to the implementation of laws banning begging and street hawking in Kaduna State.

“We should know that government is not in charge of the moral upbringing of any child. It is the responsibility of the parents to bring up their children to become important persons in life.

“If the political will works, parents should help it work by inculcating moral values in their children. Parenting in Northern Nigeria is zero. I’m also worry about these children that are in the streets to beg to feed the family.

“We are sitting on the time bomb. These are the children who don’t have the feeling of the father or the mother. That bond is not there.

“We call this meeting to discuss and come up with what we can we do differently. We must tell ourselves the truth because it is our issue. The governor is going to present a memo to Northern governors.

A Senior Research Fellow at the Ahmadu Bello University, Kaduna, Dr. Shuaibu Aliyu, called on the government to champion the cause of addressing the issue of Almajiri in Northern Nigeria.

Aliyu said: “There has not been political will on the part of the government except now that the current government in Kaduna State is trying to do something about it.

“One of the things that can be done is for the Northern governors to make a law on interstate movement on Almajiri in the name of Quranic schooling. Kaduna State government, on its own, should come up with uniform for each of the Quranic schools, so their children can be identified at any point they are seeing roaming the streets. There is also no need for a five years old boy to be seeking Quranic school in far place away from home.”

At the meeting were representatives of education institutions, the police, the academia, royal fathers, among others.

Sule, who signed into law the State Anti-Kidnapping Prohibiting Bill 2020 and Child-Protection Executive Order in Lafia yesterday, also banned street begging in the state and said that his government will upgrade the Tsangaya system by enrolling its students in public schools.

The governor said: “Those currently begging will be taken off the streets and enroll in schools to make their lives worthwhile.

“It is only those who are currently begging on our streets that government will provide for, so any persons who bring children from other states again will be jail if caught.”

According to him, the government will not punish the children involved in begging, but will sanction those who sent them to the streets.

“Without sounding immodest, the order, apart from prohibition of street begging, provides punishment for parents who out of irresponsibility threw away their children for street begging,” he said.

He said that government was not against the Almajiri system, but it was against street begging under whatever guise.

Sule said that the order was part of the implementation of the Child’s Right Protection Executive Order, 2005 of Nasarawa State pursuant to section 5 (2) of the Constitution of the Federal Republic of Nigeria, 1999 as amended.

He warned parents, Tsangaya instructors and stakeholders to comply with the order as violation will not be tolerated.

On Tuesday, Kano State Governor Abdullahi Ganduje ordered the arrest of street beggers who refused to go to school.

He spoke during the launch of the Basic Education Service Delivery for All (BESDA) and distribution of offer of Appointment to 7,500 volunteer teachers at Sani Abacha Stadium.

The Kano government has a policy of compulsory free basic and secondary education for residents, including the integration of the Islamiyya schools into the secular education system.

“Those children who are begging will be arrested and their parents will be taken to court for allowing their children to be begging instead of attending school.

“This policy of free and compulsory basic and secondary education goes along with it integration of our Almajiri system into the mainstream policy implementation.”

A call by the Emir of Kano, Muhammad Sanusi II on people who beg for alms or other forms of assistance from individuals and relatives to instead direct their begging to the government, had amplified the battle against out-of-schoolchildren.

Speaking at the National Conference on Alarammomi (Qur’anic Teachers) organised by Centre for Qur’anic Reciters in Nigeria with the theme: “Sanitising Almajirchi in tune with today’s realities”, the monarch urged parents to stop sending their children to Almajiri schools, stressing that children could study the Qur’an in the schools with the teachers in their respective communities.

The emir said that if sending children to such schools become necessary, then parents must send them with all necessary provisions to ensure their wellbeing and welfare.

According to him, it is wrong for parents to send their children away without proper arrangements and necessary provision, as the children will end up begging for food and alms.

More in this category: « FG had not shown willingness to end the spate of killings by insurgents and herdsmen in the country - Bishops Suspected case of Coronavirus in Lagos, patient isolated » 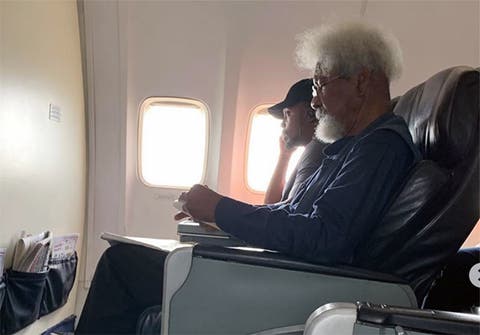