The North has already destroyed itself - Emir of Kano

We have been saying this for 20 to 30 years. If the North does not change, the North will destroy itself. The country is moving on. The quota system that everybody talks about must have a sunset clause —The Emir of Kano, Muhammadu Sanusi II, Punch, February 19, 2020.

THE Emir of Kano is leading the pack of modern Northern thinkers and leaders who can now see the handwriting on the wall. But, even at that he is hesitant to go the full distance to tell his fellow Northerners the truth. He talks as if the destruction of the North is something still to occur. That is totally false.

At least from the standpoint of economic development, the North has already destroyed itself. It only remains for it to destroy the South as well. That is a distinct possibility within the next three years as Buhari takes the nation deeper into the debt trap.

Gradual end to the Age of Oil

Even if Buhari and his Economic Management Team, EMT, from 2015 to 2019 had been the most competent set of managers, the nation would still have gone into a mild recession in 2016.

The exceptional Gross Domestic Product, GDP, growth experienced from 2011 to 2013 had nothing to do with Jonathan’s good management of the economy. Even Dr. Ngozi Okonjo-Iweala’s leadership of the EMT at the time did very little to prepare the country for the gradual end to the Age of Oil.

Strictly speaking, judged on the basis of what could have been done differently but was left undone, Jonathan/Okonjo-Iweala were compound failures. The former World Bank Managing Director was long on talk but short on action. While she advocated diversification of the economy at every forum, she did next to nothing to bring it about. Close to 80 per cent of the investments which propelled the GDP growth to 6-7 per cent were in the oil sector.

The downward trend of the price of crude oil which started in the middle of 2013 and has continued till today was a warning the PDP administration ignored. They failed to prepare Nigeria for what was already being predicted by several observers – including me. So, to some extent, the economic predicament in which Nigeria finds itself has its origins in the mistakes of 2010-2014.

That said, the fact still remains that any group seeking political power must conduct a study of the current economic situation as well as the trend in the short, medium and long term. An incoming administration must have an idea of what it will inherit and have the appropriate plans to deal with them. This is what Buhari administration failed to do. Incidentally, had Buhari won in 2011, he would have had such a perspective study ready before his inauguration. I was involved in that and there are several former members of CPC as my witness.

The country’s fate was hanging in the balance on May 29, 2015. Economic recovery would have been extremely difficult given the heavy dependence on oil even if the security situation has improved. The global investment community, like Nigerians, had hopes that with a Northerner and Muslim as president Boko Haram would gradually allow peace to be restored.

Then possibilities for agro-allied projects can be explored with the entire North as the epicentre of the activities. Perhaps, Buhari also thought that his presence in Aso Rock was sufficient to procure peace without putting up a fight. He was wrong on Boko Haram. He was slow to act decisively.

The real destruction, however, was not caused by Boko Haram – which was locked mostly in the North East. A lot of projects can be established outside the zone which could accelerate economic growth to over four per cent or more. It was the “terrorist without boundaries”, called herdsmen, who heightened national insecurity and created a situation in which no part of Nigeria is safe.

Under the circumstances, local and foreign investors simply stopped searching for possible areas of investment in Nigeria. All interests in Nigeria were shelved indefinitely. That was not all, bandits and kidnappers, now mostly in the North added to the feeling of insecurity.

When the President announced that 90 per cent of victims of violence and insecurity in the North were Muslims, he was mostly right and it was somewhat disturbing to read that the Christian Association of Nigeria, CAN, was disputing it.

My friends, still lucky to be alive in Kaduna, Katsina and Zamfara have confirmed that there is probably no Christian left in most of the communities now under siege in those three states.

Obviously, when any of the settlement is razed only Muslims are slaughtered. But, that fact carries with it the seeds of the North’s self-destruction. In virtually all those rural communities Christians constitute the vast majority of teachers. In effect, even the kids who are supposed to be in school might as well stay home since there are no teachers.

It is difficult to imagine a better way to destroy a region or country than to deprive its youngest citizens of basic education. So, even if all the bandits, kidnappers, herdsmen and Boko Haram stop their atrocities, the North has already destroyed itself.

Whatever pervasive violence has failed to demolish, population explosion is wiping off. Sanusi recently made the following observation which is more explosive than he realises.

“The poverty level of the North is 80 per cent; while in the South, the percentage is 20 per cent, simply because of the culture of marrying many wives and producing many children who, at the end, are left on the streets to beg for what to eat.” – The Emir of Kano, Muhammadu Sanusi II. Punch, January 27, 2020.

Unknown to the Emir, it is not only the illiterates and the poor in the North who over-populate the country. An elected member of the Federal House of Representatives, and a Majority Leader, for that matter put up an exhibition in the House recently. He brought his four wives and boasted of having 19 children and still expecting more. His father had over 20 wives and scores of children.

He is definitely not alone; he was only the most ridiculous. It never occurred to him that most of his siblings are living in poverty.

Furthermore, even as an elected member of the House, the per capita income of his own household is already very low. When he dies, he will most probably leave behind a lot of people barely able to eat two meals a day.

Now, with leaders like these, setting bad examples, what else is needed to destroy the region?

It is a fact that there is no nation on earth which had conquered poverty without population control. Most Northern leaders don’t want to promote it because it is politically risky. Yet, without the courage the North is already destroyed – almost beyond redemption.

More in this category: « "I prefer doing this than sleeping with men for money"- 19-year-old Mass Commuication student who hawks satchet water in Owerri Don’t use God’s name to cajole people into marriage ⁠— Cleric » 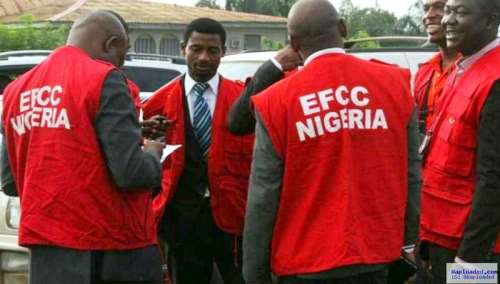