The Federal Government is probing the disbursement of $2,626,092, 828.84 Paris Club Loan refunds due to Local Government councils.

Governors collected $6,483, 282,424.61 refunds directly from the Central Bank of Nigeria(CBN) based on the directive of the Minister of Finance. The money was meant for states and the councils.

Only Kaduna, Niger, Delta were reported to have remitted  refunds to local governments in their states.

Ondo and Edo states were alleged to have made partial refunds to local governments.

There are indications that states which defaulted in remitting Paris Club Loan refunds to their local governments may have it deducted from their monthly allocations from the Federation Account.

The Association of Local Governments of Nigeria(ALGON) has written a petition to  Minister of Finance, Budget and National Planning Hajiya Zainab Ahmed, claiming to have secured a garnishee order on the loan refunds due local governments since June 27, 2016.

ALGON counsel Mr. Femi Falana (SAN), said the Federal Government had not complied with the order of a Federal High Court in Abuja even when “the Order Nisi” was made absolute.

Investigation revealed that  the total Paris Club Loan Refunds to the Federal Government, states and local governments is $13, 572,014, 203.93 with the breakdown as follows:

In spite of the release of the refunds of states and LGAs to governors, it was gathered that most of the 774 LGAs did not get theirs.

Disturbed by the discovery that states hijacked the refunds meant for LGAs, the Minister of Finance has set up an internal inquiry into how the $6,483, 282,424.61 was disbursed by the governors.

The internal inquiry was said to have uncovered many errors namely,

An in-house investigation by of how councils were shortchanged revealed the following:

“It needs to be restated that councils did not borrow any money from Paris Club and refunds due to them, unlike the states, relate to money that was unconstitutionally deducted from the Federation Account by the Federal Government and should have been refunded through the State Joint Local Government Account in line with the provisions of Section 162 of the 1999 Constitution of the Federal Republic of Nigeria as amended.

“It is also clear from the submission of the Home Finance Department that the account into which the Paris Club Loan Refunds due to the Local Governments were made is not the State Joint Local Government Account but a different account unknown to Section 162 of the 1999 Constitution.

“However, since there is clear evidence that the refunds due to Local Governments were paid into the accounts provided by the states. In  view of the current development and the claim of LGAs that they have not received their Paris Club Loan Refund, the Minister of Finance, Budget and National Planning  may direct that letters be written to the states, requesting them to provide documentary evidence that the LGAs got their shares of the Paris Club Refund.

“Any state that fails to provide such evidence may have the relevant amount deducted from its shares of the Federation Account and paid over to the affected LGAs through the state Joint Local government account in compliance with the provisions of the 1999 Constitution as amended and to forestall further Paris Club Refund related litigations. This may help remedy the procedural payment error.”

The letter which triggered the internal inquiry by the Federal Ministry of Finance was signed by ALGON Secretary-General, Mrs. Binta Adamu Bello.

The letter said: “The National Executive Committee (NEC) of ALGON meeting of 13th June 2019 resolved to bring to your attention the various complaints from the Local Governments on the amounts they received from the refunds, which fell short of the figures in the Accountant -General of the Federation (AGF) nominal distribution of deductions for external debt service from 1995 to 2002. It consequently has made demand for reconciliation of LGs refunds. Please see Appendices 1, 2 and 3. For the purpose of reconciliation and verification, NEC also appointed Messrs Nipal Consulting Network to act on its behalf.

“You may recall that the LGs and ALGON and its consultants initiated the demand for refund of deductions for external debts payments. It  solely  rested its case on the constitutionality of deduction from the federation account without concurrence of all the beneficiaries of the fund as stipulated in Section 162 of the Constitution of the Federal Republic of Nigeria, 1999 (as amended).

“Apart from the foundation, LGs/ALGON sought a refund of their portion of Federation Account used in the settlement of external debt since no Local Government Council in Nigeria has ever borrowed a dollar from external sources.

“After a long drawn disputation, which ended at the court, Mr. President graciously approved the refunds with a strict directive for reconciliation.

“ALGON has noted your strict adherence to the directive that final disbursement to States should be preceded by a comprehensive reconciliation of the records.

“Based on this, 27 States after extensive reconciliation and agreement were able to receive their final refunds paid to them into their respective State account while reconciliation is still ongoing in the remaining nine (9) States. The wisdom in the reconciliation cannot be ignored in View of Mr. President’s commitment to transparency and accountability.

However, the portion of refunds due to the LGAs did not have any need for reconciliation given the fact that no Local Government ever borrowed from external sources. The LGAs should have been paid in full in line with the AGF’s nominal distribution and in compliance with Court’s Garnishee Order Nisi of April 1, 2015, which was made Absolute on June 27, 2016 directing, inter alia, that: “The Garnishee (CBN) shall pay over the judgment debt of $3,188,078,505.96 to the Local Governments in Nigeria to be warehoused in the Central Bank for disbursement to them”.

“Unfortunately, the releases made by the Federal Ministry of Finance to States did not give a breakdown on what accrued to Local Governments, and as such all refunds due to States and LGs were lumped together and paid into a single State account for respective States.

“This is contrary to the constitutionally provided channel for remitting Local Governments funds from the Federation Account direct to the State Joint Local Government Accounts. Please see Section 162 (6) of the Constitution of the Federal Republic of Nigeria 1999 as amended. By this act, the LGAs have continued to suffer double jeopardy.

“First, in the event where the amount for States and LGs are lumped together, the ratio for sharing applying the Revenue Formula is 57%: 43% respectively. However, the payment made direct to the respective States’ account altered the balance.

“Second and more depressing is that the generality of LGs as at today are not aware of the actual released amount of the refunds due to them as the transfers to the State account did not show or specify their various shares.

“Apart from making it difficult to ascertain whether the LGAs have reaped full benefits of the said judgment, they were neither consulted nor their concurrence obtained before the application of the refunds.

“Consequently, ALGON humbly requests the Hon. Minister to use her good offices to direct a verification and reconciliation on the respective reimbursements/refunds made to States vis-a-vis the amounts that accrued to the Local Governments. Your kind intervention will avert a situation where the LGs are underpaid.”

He asked the Federal Government to comply with a court order to warehouse LGAs’ refunds in the CBN.

Falana said: “Following the suit instituted at the Federal High Court client in conjunction with local governments on the refund of the Paris Club Loan the Order Nisi made absolute on June 27, 2016 directed the Garnishee to “pay over the judgment debt of $3,188,078, 505.96 to the Local Governments in Nigeria to be warehoused in the Central Bank for disbursement to them”.

“Based on the said Court Order President Muhammadu Buhari approved the refund of the Paris Club Loan to the States and Local Governments in the country with a strict directive for reconciliation of the amount deducted from the statutory allocations of the States and Local Governments as first line charge for payment of external loans from 1995 – 2002.

“Since the local governments did not borrow any money from external sources the refund of the loan to them ought to have been paid in line with aforesaid Garnishee Order.

“In view of the foregoing, we have our client’s instructions to draw your attention to the implications of non-compliance with the above provision for all such payments and therefore demand the payment of the refund of the Paris Club Loan due to the Local Governments to the State Joint Local Government Account of each State of the Federation…

“Take notice that if you fail or refuse to accede to our client’s request we shall not hesitate to enforce the valid and subsisting Order of the Federal High Court in favour of our client.”

More in this category: « I don’t know why UK is protecting Diezani - Magu Miyetti Allah’s Saleh should be taken to T.B. Joshua for deliverance – Fani-Kayode » 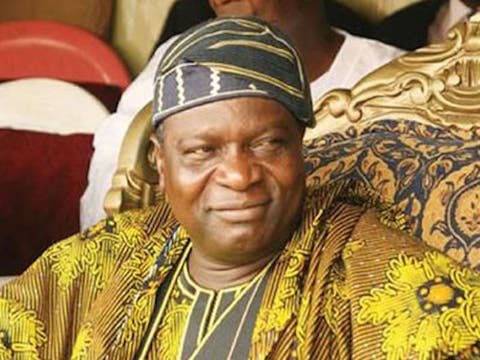